Well, there it is: finished. Papers into the green file, and the lot into the re-cycling bin. With the end of my period of Chairmanship, our dear old club has completed its transition from the analogue age to the digital future. Don’t get me wrong, I’m an early adopter and have been working with computers for over thirty years; I have had a digital Nikon and Photoshop for about 20 years, but I am of the generations which expect a club programme to be printed on card, to have a diary bought from WH Smith’s, and to read books by turning pages, not swiping a screen, but those who follow use all the modern media instinctively and expertly, speed the work, and open new possibilities.

We have gone through an interesting period. Five years ago the club was in decline: members were aging and passing on; despite our best efforts, traditional methods were not recruiting new members; all the office holders had shuffled the necessary tasks between them for years. Then a couple arrived who were skilled in website work, with a commercial background, and skillful and ambitious photographers. A new website brought an immediate influx of new members (a reservoir of new talent and experience), new ideas  emerged such as a portfolio competition which demanded that members exercised their skills over a number of subject areas instead of concentrating one one specialism, and a wider vision of what was possible for a small town society.

For a while all went well, but around the time we mounted an ambitious and successful exhibition at Shrewsbury Theatre, personality clashes erupted and two key committee members left, with no warning, and with the new season looming. However, our Society has generated loyalty and affection, and long time members stepped forward: Peter Cooke, LRPS, organised an Extraordinary General Meeting, (and Dr Richard Priestley agreed to use his substantial managerial experience to chair it), and our President, John Edge, did the practical organisation, as he does so well. I was invited to be Chairman and agreed (for a limited period of one year), and was elected.

On principle I trust people and try to respect everyone. Having sat as a Magistrate for 33 years, I know people find all sorts of ways to hurt other people (and themselves) and need to be dealt with, but, as a member of the Religious Society of Friends, I believe there is “that of God in every person”. (Forgive me, if anyone is embarrassed or offended by my mention of religion, but it is part of me.) As Chairman, I believed my job to be to trust the talents and capacities of my colleagues to deal with the tasks, problems and opportunities which the Society’s activities generate, to ensure that everyone had their fair say, and to consult and listen to the membership, so that the general direction was set by the members. So that has been our style. And it’s nice to do all this with a smile on our faces!

Committee meetings have moved from home to home, and I express the society’s thanks to the “other halves” who have put up with an invasion of strangers and fed and watered them. Libby Middleton has been a first class Secretary, not only recording decisions made and tasks to complete, but nudging occasionally, and taking the initiative to deal with situations such as our donation to Cllr Mullock’s garden at the hospital. She contacted the ex-mayor and arranged for the much–appreciated presentation which we had recently. More than that, she and husband Chris enjoy teaching, passing on their digital manipulation skills through their seminar sessions, which many of you attend. Chris teams up with Paul Nash to deal expertly with all our internet needs, our website and all the technical arrangements for our weekly meetings; they make it look easy. Geraldine Stephenson LRPS has teamed up with Fred Cooper to handle our Competition entries and record-keeping. Geraldine’s organisational expertise is formidable, and Fred, as we know, has a wonderful memory (and record) for what has done well, and where, with what judge. Our thanks also to the shadowy figures who make up the Selection Committee; judging from the results they must get it right. We have had meticulous reports of the Society’s financial affairs from Keith Roberts, and sound advice on ways forward. He will emphasise himself how beneficial it is to recruit new members; I will simply add that each is a further addition to our pool of talent and creativity. We meet him every week, of course, sitting at the entrance: he has the knack of making feel it is a pleasure to give him our money! Finally, our thanks must go to our Butler, Peter Cooke, who, like Jeeves, shimmers about and magically produces our refreshments – and, quietly, a lot of other things are also managed by Mr Reliable.

Others will want to report on the programme, so I shall only pick out two or three events which stick in my mind. First is the Christmas Social: so many of us contributed to the refreshments, then there was John’s parcel game (with a special variation this year) and we had some fun with the Photo Booth which I borrowed from one of our daughters. It came as a bundle of self assembly lengths of wood; practical John put it together in quick time, then we got out the wigs, hats, and props and produced some interesting portraits! There was a great “feel” to the evening. Then I got a lot from the evening when we showed each other the experiments we had been trying, and that led to our decision to put entries together for MIDPHOT. Alan Heath made a great contribution here, organising the entries and not only taking them in, but bringing them back also. The results were astonishingly pleasing, with 19 acceptances overall and exceptional medal-winning performances from Alan and from Chris Goody. We have had some good presentations too: Margaret Salisbury FRPS, for example, but Alan’s account of his “obsession” with birds was a star event. And there was good stuff in last week’s AV evening, which will no doubt be developed in the coming seasons.

The Society is in a healthy state: we have fun together, we learn together, we produce some great images together, and we are set up to go forward together. There are some exciting projects planned by your committee, and I wish you all well! 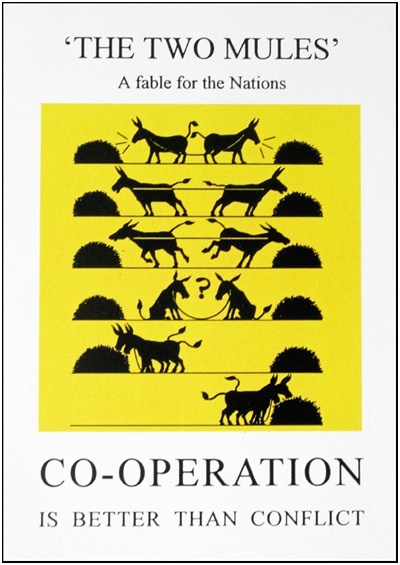